The Lincoln Wheat Cent, minted from 1909 to 1958, has a face value of one cent. We usually pay two cents for each Wheat Cent. They are very common.

The coin is made out of mostly copper, but steel versions of the coin were issued during World War II. The Wheat Cent is also known by collectors as the Wheat Penny. 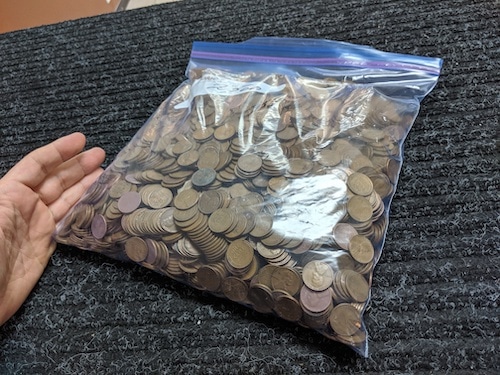 It is very unlikely that you actually have a real one. They are expensive because they are VERY rare. Many fake 1943 copper pennies are being sold online.